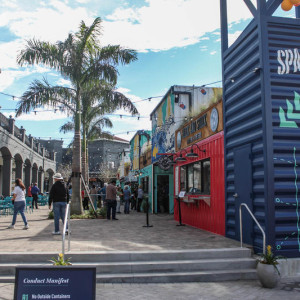 SPP, controlled by Tampa Bay Lightning owner Jeff Vinik and Cascade Investment LLC, on Monday hosted a media preview of the wharf’s dining garden, recreational lawn and craft biergarten, which officially opens Friday. The clattering of construction noise from within the wharf hinted at what’s to come, as SPP gets underway on the next phase of the redevelopment of the wharf: loft-style office space and retail.

The Walbridge Group Inc. is the general contractor on the office portion of the wharf.

“Demolition has started on the inside,” SPP CEO James Nozar said. “The skin will start coming off in the first of the year, and we intend to be in our new space in the fourth quarter of next year.”

SPP’s offices and a marketing center for the forthcoming properties in Water Street will be located within the wharf. The interior renovation will build 180,000 square feet of office space in a portion of the property that was previously home to a movie theater and other entertainment concepts. Ceiling heights will range from 18 feet to as high as 60 feet in the space that was previously the movie theater.

The developer first revealed its plans to include office space within the wharf in July; Bevirt says his team is now in active negotiations with several tenants, and that he could announce a major deal in the first quarter of 2019. “Six or seven” coworking concepts — including “national, household names” — are interested in the wharf’s office space, Bevirt said.

Bevirt declined to name any potential tenants. Coworking giant WeWork, which has locations in nearly 100 cities across the U.S. and is said to be nearing a deal in Orlando, has been rumored to be looking for a location in the Tampa Bay area for more than a year. Tech companies are also interested, Bevirt said, and the wharf can accommodate users as small as 11,000 square feet.

The new office space and the waterfront park are reinventing the wharf for a new era, one that capitalizes on the Channel district’s 5,000 residents directly north of the property. When Channelside Bay Plaza first opened, the neighborhood was sparsely populated, home to vacant lots and old warehouses instead of condo towers and apartment buildings.

The wharf’s proximity to the urban neighborhood is a selling point for the office space, Bevirt said, for those who want to work or decision makers who look to recruit workers from the district.

“I call it a lifestyle decision,” Bevirt said. “That’s not only because of Sparkman Wharf and Water Street Tampa, it’s the proximity to the neighborhood, too.” 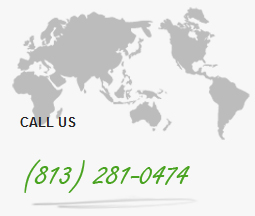